Since its opening in 1960, hundreds of women, men and children with intellectual and developmental differences have benefitted from the homes and services provided by the St. Louis Center (SLC) in Chelsea, Mich. This year has been challenging for both staff and residents at SLC, due to the pandemic. The year has been memorable for another reason – 2020 is the Center’s 60th anniversary.

Like other organizations, the Center’s events went virtual this year. Former University of Michigan Men’s Basketball Coach John Beilein was the celebrity host of their 60th anniversary event on October 22, 2020. The event began with mass followed by an hour with Coach Beilein and players from his 2012 team along with other local celebrities. An auction was held for the opportunity to have dinner with Coach and his wife, Kathleen, once the pandemic is over. The event raised about $25,000.

SLC provides year-round care people ages 5 to 70+, which includes building a support system that addresses all aspects of each person’s well-being and spiritual development. In 2018 SLC opened Guanella Village, a one-of-a-kind “intentional community” of mixed housing that further enhances fellowship, socialization, and support.

The St. Louis Center also opened an endowment with the Catholic Foundation in 2018, a partnership which has extended beyond just the stewardship of SLC’s fund. 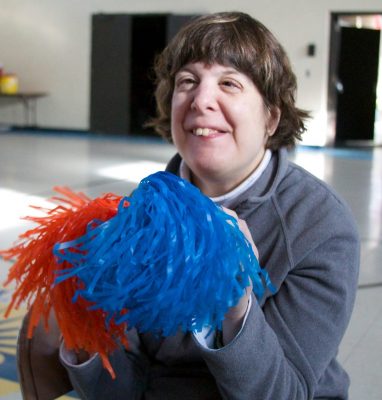 “The Catholic Foundation of Michigan helped us get grants, which we have used most recently for equipment for playgrounds and mobility support for elderly members of the community,” shared Development Director, Ms. Christina Ferris

St. Louis Center is facing many unanticipated costs due to the pandemic, including a big increase in staffing costs, as well as cuts in government reimbursements, and a significant drop in fundraising revenue–all leading to a $600,000 shortfall.

Alongside the increased financial need, SLC also has long-term goals for expanding their kitchen space, transferring residents to newer buildings, updating the administration building, and developing duplex and single-family dwellings.

The SLC would like to continue operating at the same level of care and dignity for its residents, but they cannot do it without your contributions. Please consider giving to St. Louis Center’s endowment as it celebrates its anniversary and cares for a population who has been deeply impacted by the pandemic.