Angela Moloney was appointed President and CEO of the Catholic Foundation of Michigan on May 1, 2017. 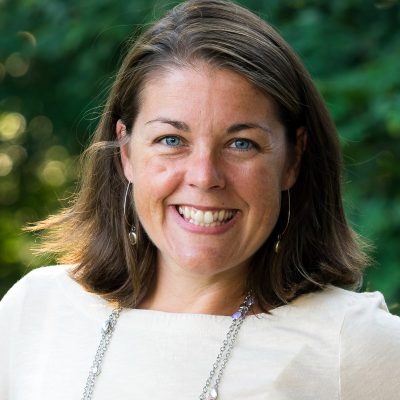 In her Foundation role, Moloney is responsible for oversight of the nonprofit’s operations including staffing, investor relations, donor and grantee communications, and partnerships. Importantly, these partnerships include working with Detroit Archbishop Allen Vignernon, whose role is to ensure the organization’s Catholicity; the board; and the Merrill Lynch investment team to ensure that investments are in alignment with socially responsible investment guidelines according to the United States Conference of Catholic Bishops.Moloney has worked nearly 20 years in a variety of roles within Catholic organizations including as a high school campus minister, a missionary, and a leader in urban and rural Catholic organizations. This experience gives her a unique perspective regarding the needs of nonprofits as well as the generosity of those who want to support these ministries.

“I know what it’s like to be burdened with fundraising and operational concerns instead of focusing on service to others. Our goal is to relieve the stress from those doing ministry by connecting them with generous donors who want to invest according to their Catholic values,” Moloney said. “I’m humbled to have the opportunity to lead the Catholic Foundation of Michigan during this exciting time as the southeast Michigan community works to unleash the Gospel.”

Catholic Foundation Board Member and Treasurer Mike Vlasic was a member of the search team that hired Moloney. “Angela represents the best of Catholic philanthropy. She has a servant’s heart and a great love for our Catholic Church. Importantly, she has integrity, vision, drive and incredible energy. The board is confident we’ve selected the right leader to launch and grow the Catholic Foundation of Michigan, which will support key ministries in the greater Detroit area including parishes and Catholic schools.”

Moloney earned a Master of Arts degree in Theology, from Washington Theological Union, in Washington, D.C., in 1999. In 2007, she completed a Management Executive Certificate program from Georgetown University in nonprofit management. In 1997, she graduated from Madonna University, in Livonia, Mich., with a Bachelor of Arts degree in pastoral studies and counseling. Currently, she is studying at The American College of Financial Services.  To read her complete biography click here.