Camaraderie in the Catholic Community

The COVID-19 pandemic has impacted nearly everyone on the globe. People who were already vulnerable, however, have been disproportionately affected by the virus itself and its economic impacts. Among the most vulnerable globally are people who live in garbage dump communities.

On November 12, 2020, International Samaritan shared its ministry at a virtual event hosted by the Catholic Foundation on behalf of the Jesuit Friends and Alumni Network. 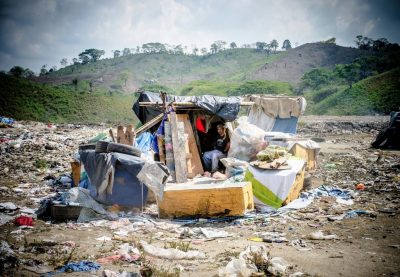 “These garbage dumps are unregulated and there’s little control over what gets put in the dump and who gets to be in the dump,” shared Mike Tenbusch, president of International Samaritan, during the event. “As a result, they are very dangerous places from a humanitarian and an environmental perspective.”

Angela Moloney, President and CEO of the Catholic Foundation, reflected on the effect the event had on her team. “The entire Catholic Foundation team grew from our time with International Samaritan during the JFAN event,” said Moloney. “Their mission is so critical, but especially right now.”

As Tenbusch reflected on the event, he noted the camaraderie he felt in sharing an event with the Jesuit Friends and Alumni Network, a group whose spirituality aligns closely with that of International Samaritan. “It was a neat event for us because we were founded and led by a Jesuit priest for 24 years, and when we grow into various countries, one of the first things we do is link up with the Jesuits who are there,” Tenbusch said. “It was really rewarding for us to be able to speak to people who also support and love Jesuit ministries.” 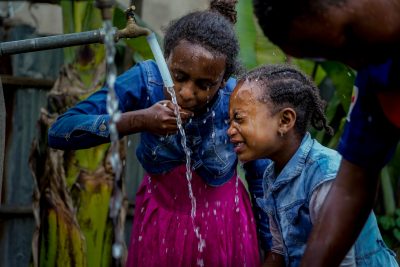 “I sleep well at night knowing that the money we have in our fund with the Catholic Foundation is not in businesses whose operations don’t align with our values,” shares Tenbusch.

“Angela and the Foundation team do a great job supporting and bringing together like-minded Catholic organizations,” Tenbusch notes. “It’s always exciting to be in partnership with people who are motivated by the same values and vision.”

Grounded in the seven principles of Catholic social teaching, it’s also important for International Samaritan that its money be used in ways that uphold the teachings of the Catholic Church. Speaking to those who may be interested in opening an endowment fund with the Catholic Foundation, Tenbusch reflects on a couple of benefits:

“If I were in that position, I would want to make sure of two things: That my investment is stewarded well from a financial perspective – that my dollars wouldn’t be invested in businesses that I disagree with from a Catholic point of view – but also that I was getting a good rate of return. The Catholic Foundation of Michigan has stewarded our investment really well and I sleep well at night knowing that the money we have in our fund is not in businesses whose operations don’t align with our values.”

Learn more about opening an endowment fund with the Catholic Foundation of Michigan.

Create an Endowment Fund for an Organization You Are Passionate About